Once Owned By The Hagon Family 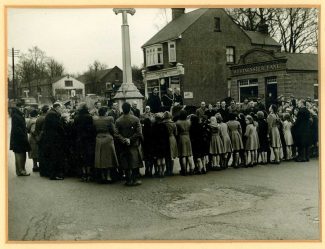 zoom
A gathering at the War Memorial and in the background The Clock House Cafe c.1952
Castle Point Council 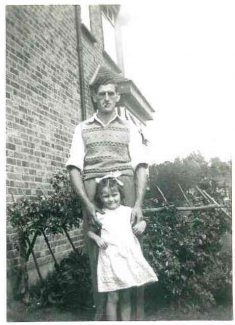 zoom
Albert Layzell and Violet as a child
Yvette Layzell 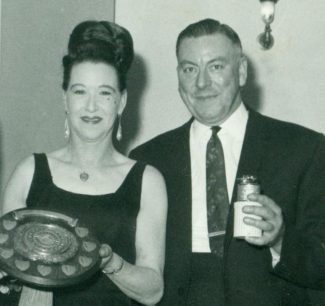 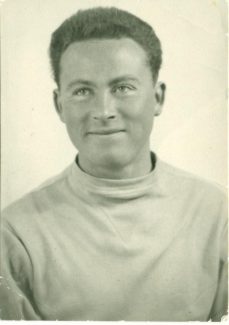 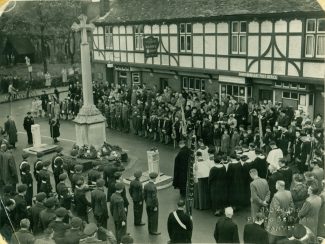 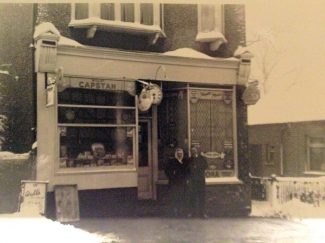 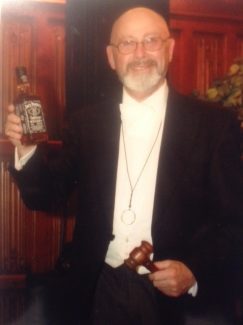 My father Frank Hagon and mother Florence Hagon, bought The Clock House Cafe after the war. I remember the inside of the shop was like something out of Dickens. There was everything on the shelves from cough medicine, sweets, cigarettes and snuff and they also served tea.

Working at the shop was a lady that had been there since she left school, her name was Vi. She was then about 40 years of age, a lovely, quiet lady who baby sat me when my parents went out. She was the daughter of the man that had the franchise to ferry people over to Canvey Island, “A special license” in those days, there was no Bridge of course.

The original Benfleet bridge spanned the Barking Creek in London so it was secondhand when it was bought.

Food and sweets were of course still on ration. I remember one day when my parents were out, sneaking into the shop, opening this lovely big brown jar, and to my surprise it was full of chocolate powder. I got the biggest spoon I could find, thrust it into the pot and then into my greedy little mouth; Only to find it was not chocolate but snuff. The sensation was awful.

I went to a small, private school on the Downs behind The Clock House,  later to a high school in Leigh on Sea, “Highfield College”.  I would spend my lunchtime down in Old Leigh in Wendy’s Cafe, where I met four of my best friends, Michael Dobbs, Ted Dutton, Bernard Willder and Alfie Page, we are still very close even today. Ted alas has passed on, his wishes were that is Ashes be thrown off Bell Wharf, we have all agreed we will go the same way so we can all be together.

Bernie Willder’s father, Sid Willder, had the biggest fishing boat in Leigh. Us boys used to go out with him occasionally, out past Cheney Spit and the West Bly boy, it was exciting for us boys, but so cold.

“Back to Benfleet” – I remember some of the notorious customers using The Clock House. Sid Cripps, he owned the farm from the station along the creek towards Hadleigh Castle. He was a character, about six foot three in height and an ex-household cavalry officer. He had a pig farm. He ran up quite a bill with my father, and then presented him with a baby pig to settle up. This was illegal in those days. We kept the pig in the back of The Clock House garden and fed it on scraps and apples which my father cooked. It grew up enormous, getting out one day and running round the War Memorial in the High Street, my father in close pursuit with the local policeman and customers from The Clock House. I remember the policeman closed his eyes to the fact it was illegal, mind you he got a leg of pork.

When I left school I got a job by Benfleet bridge, at a boat yard on the left hand side owned by Mr Latimer. A lovely man who lived on the Downs at Benfleet. I left there and went to sea.

I came home from one trip three days after the floods on Canvey Island. I volunteered with my father, we filled pillowcases with sand and mud to fill the breaches in the wall. It was cold and exhausting. I lost a good friend who was a taxi driver on Canvey.

Life in Benfleet was some of the happiest times of my life and I also remember going to dances at the Tarpots Hall.

To the right is a picture of the author that he sent to the Archive in 2016, along with a comment that can be seen at the bottom of this page.